Yusra Bokhari completed the 2022 London Marathon! There were massive crowds along the 26.2-mile course to cheer on over 42,000 participants.

When Yusra first started participating in races, she realized that there was a lack of diversity in the sport despite it being an incredibly welcoming community. That, and as a result of falling in love with the sport and realizing its many benefits, Yusra set a goal to complete the six world marathon majors (the Six Star Journey) as a personal goal and to bring more visibility to the sport as a female minority (Pakistani-American and Muslim) participant. 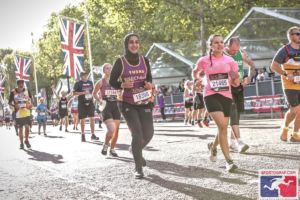 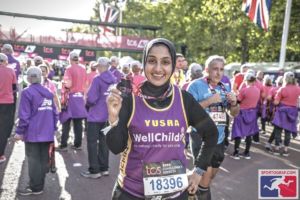